September 20-22, 2014. President Benigno “P’Noy” Aquino III, was back in Boston for the weekend for a nostalgic visit. (He and his family lived in Newton, MA from 1980-1983). On Sunday, he had a whole day packed with various events lined up in his itinerary. It started with a lunch gathering with old family friends in Sudbury, Ma. After the private lunch, his convoy, which included several cabinet ministers and the security staff, proceeded to attend mass at the Parish of St. Ignatius of Loyola in Newton. The chuch was a stone’s throw away from his former residence. An estimated  crowd of 400 Pilipino Americans joined him for the Catholic service. He and the congregation then proceeded to the Robesham Auditorium at Boston College for his speech and to meet the Benigno and Cory Aquino scholars at BC. At a short reception thereafter, the President shook a few hands and posed for some “selfies”. At the end of the line, he saw the rondalla ensemble and gave them a quick wave- which sent an appreciative message of “I remember you guys!”. The rondalla played “Mabuhay” the official Presidential anthem to announce the entrance of the President at all public appearances (similiar to “Hail to the Chief” for the US President). On Monday, the President continued his hectic schedule with a visit to his old Commonwealth Avenue home before proceeding to the Kennedy School of Government at Harvard.

President Aquino did tell the author during the reception that he remembers the command performance the Rondalla gave at the Malacanan Palace in July, 2013. He remembered that in spite of the sub-par acoustics at the Palace (referring to the low ceiling and floor), he enjoyed their numbers and was proud of the Filipino-Americans from Boston. 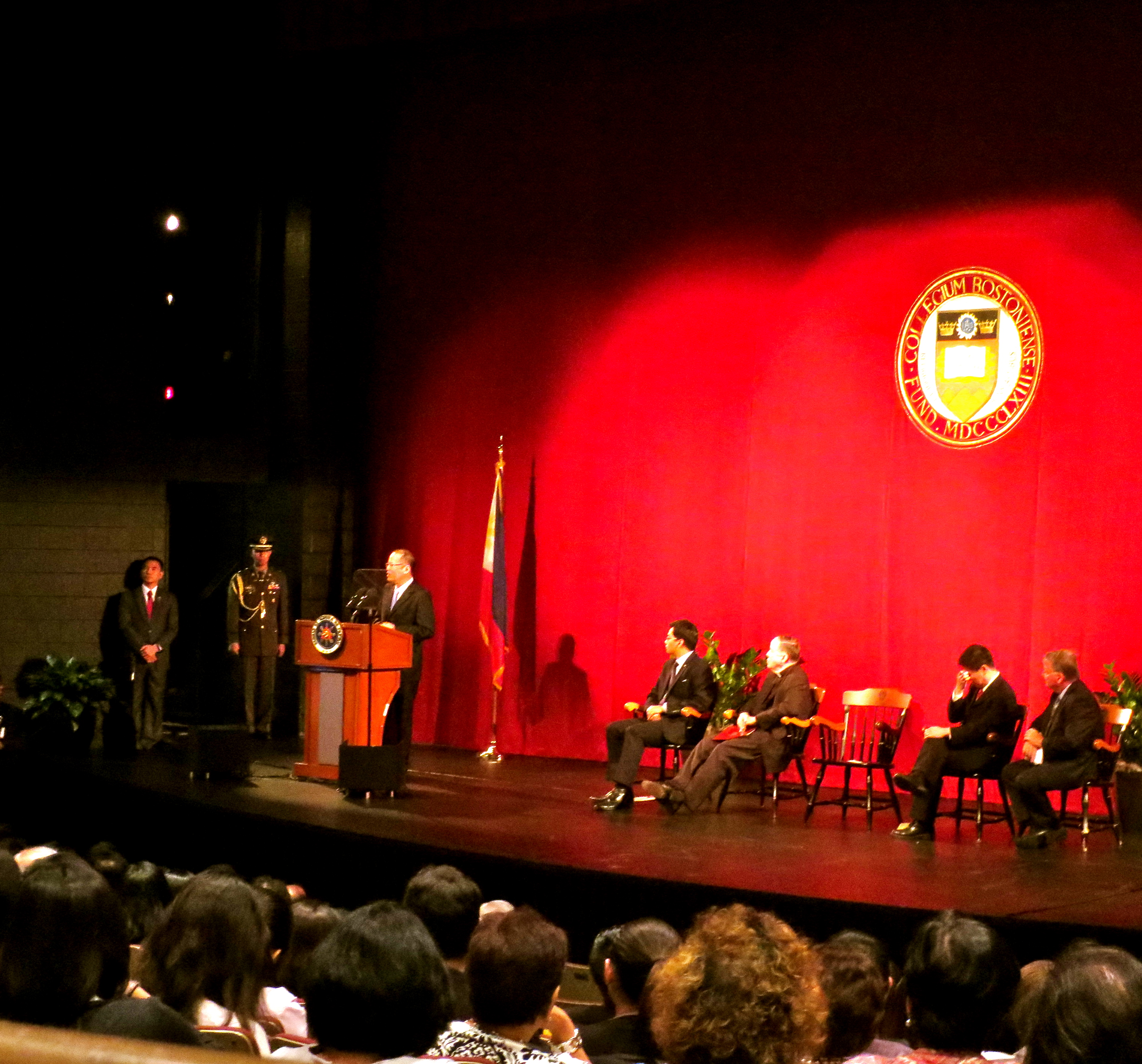 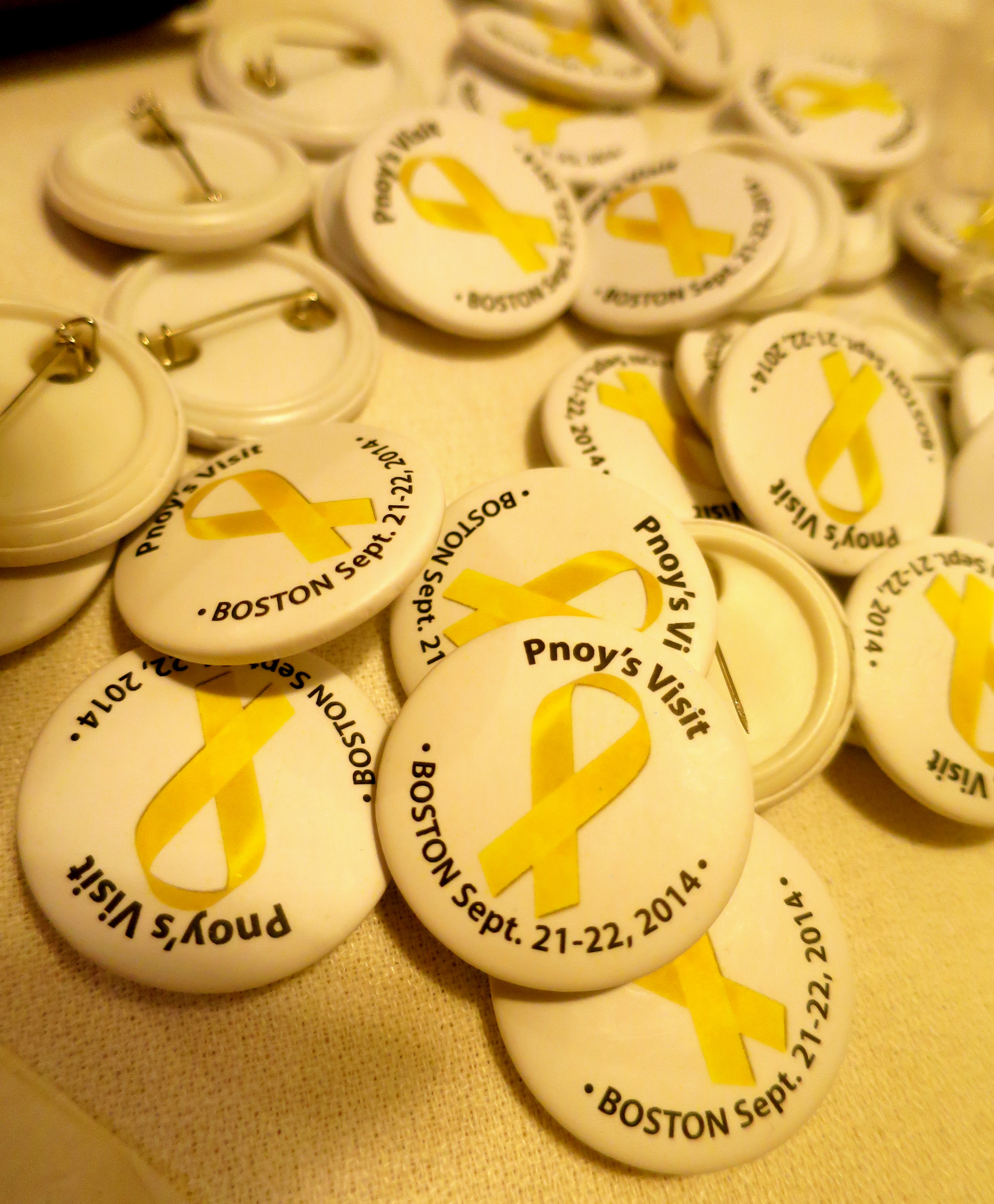 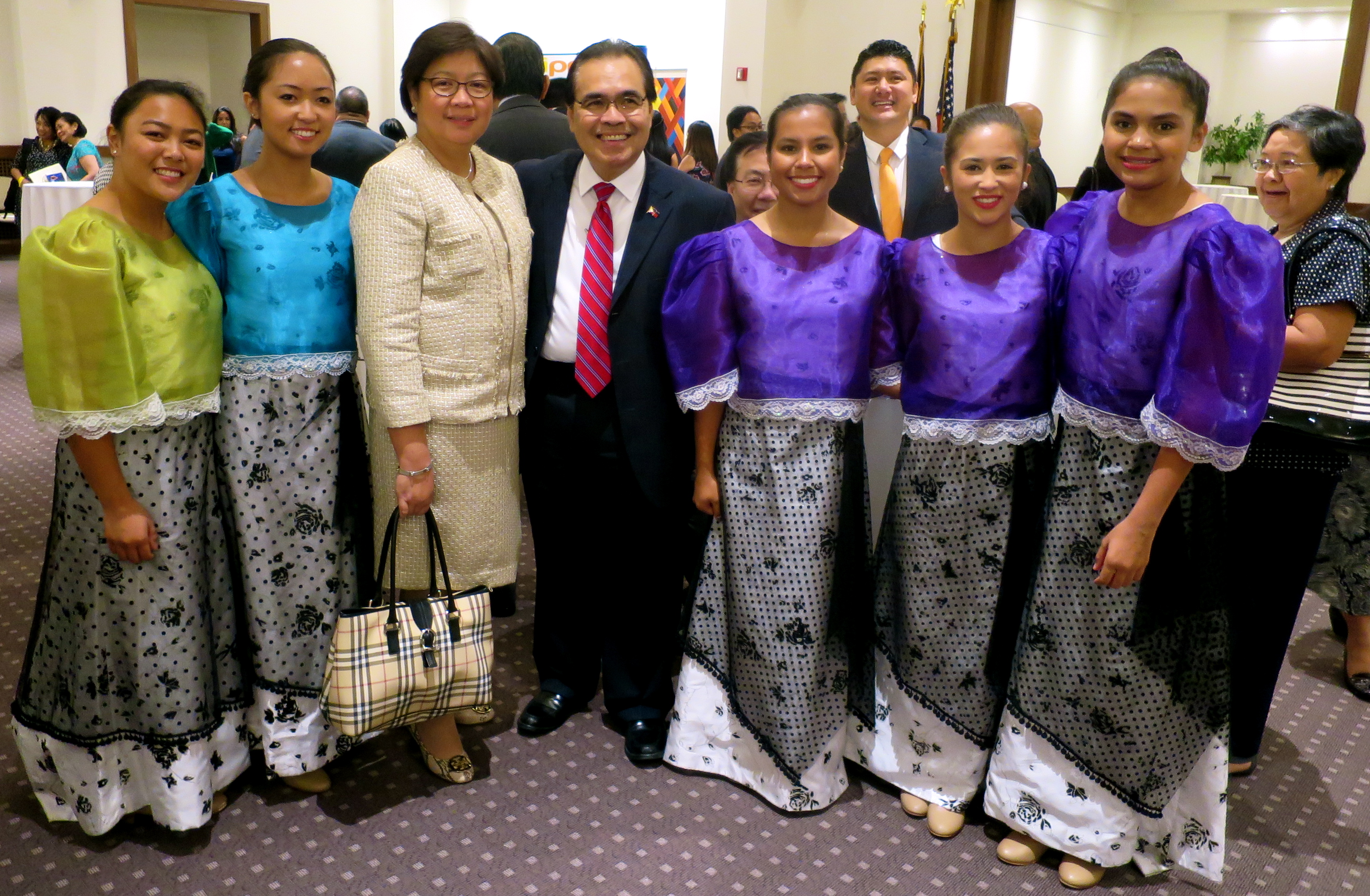 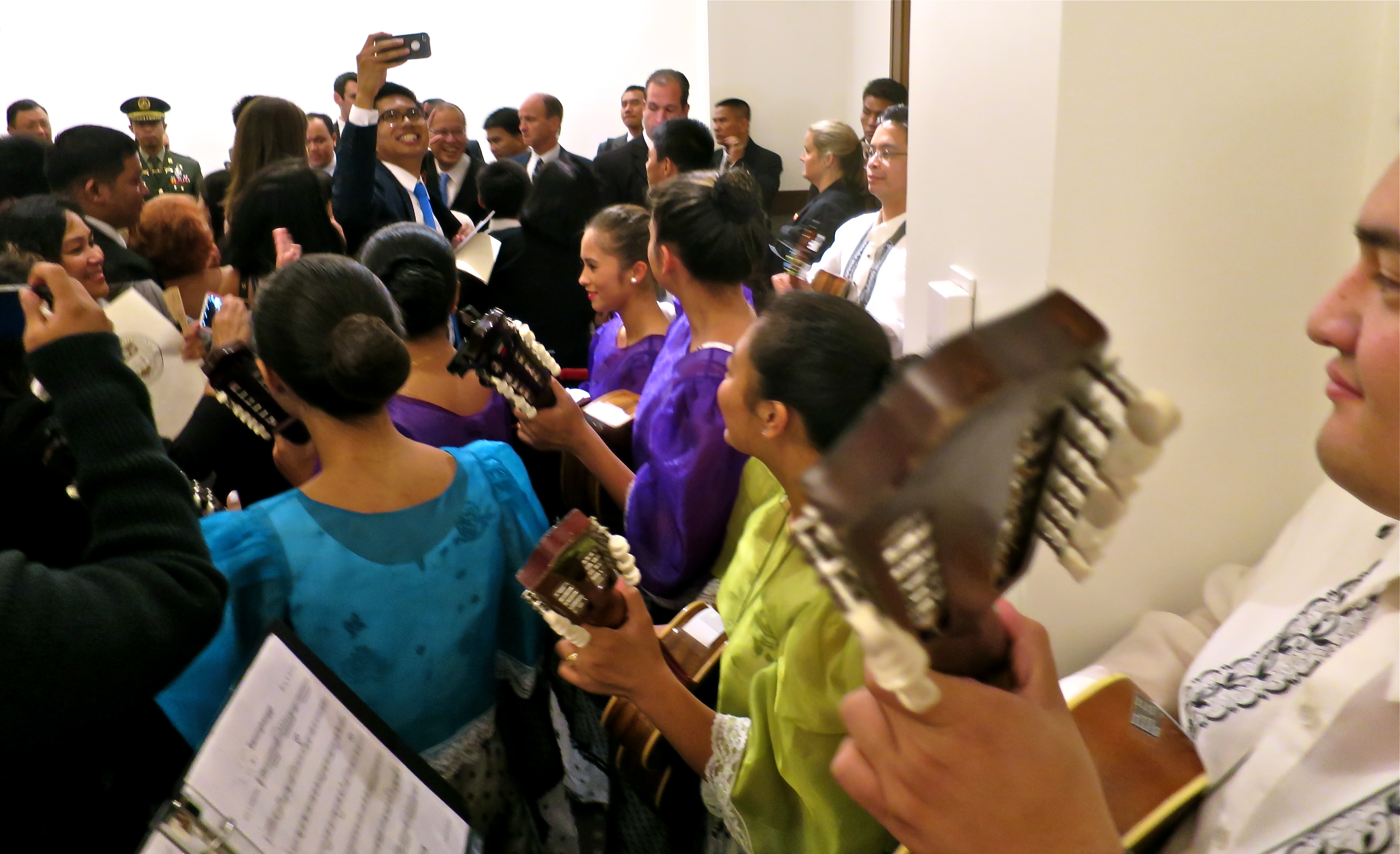